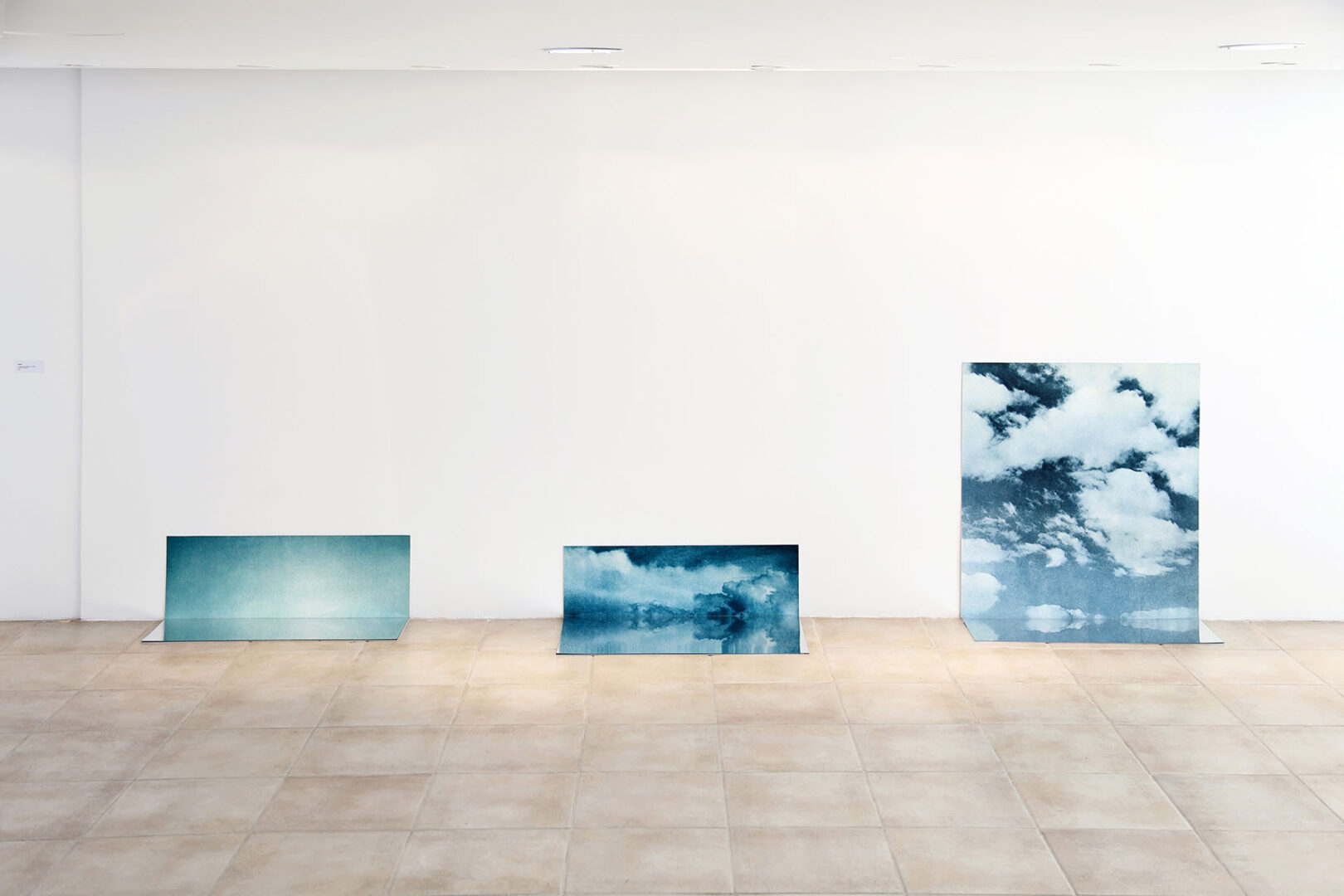 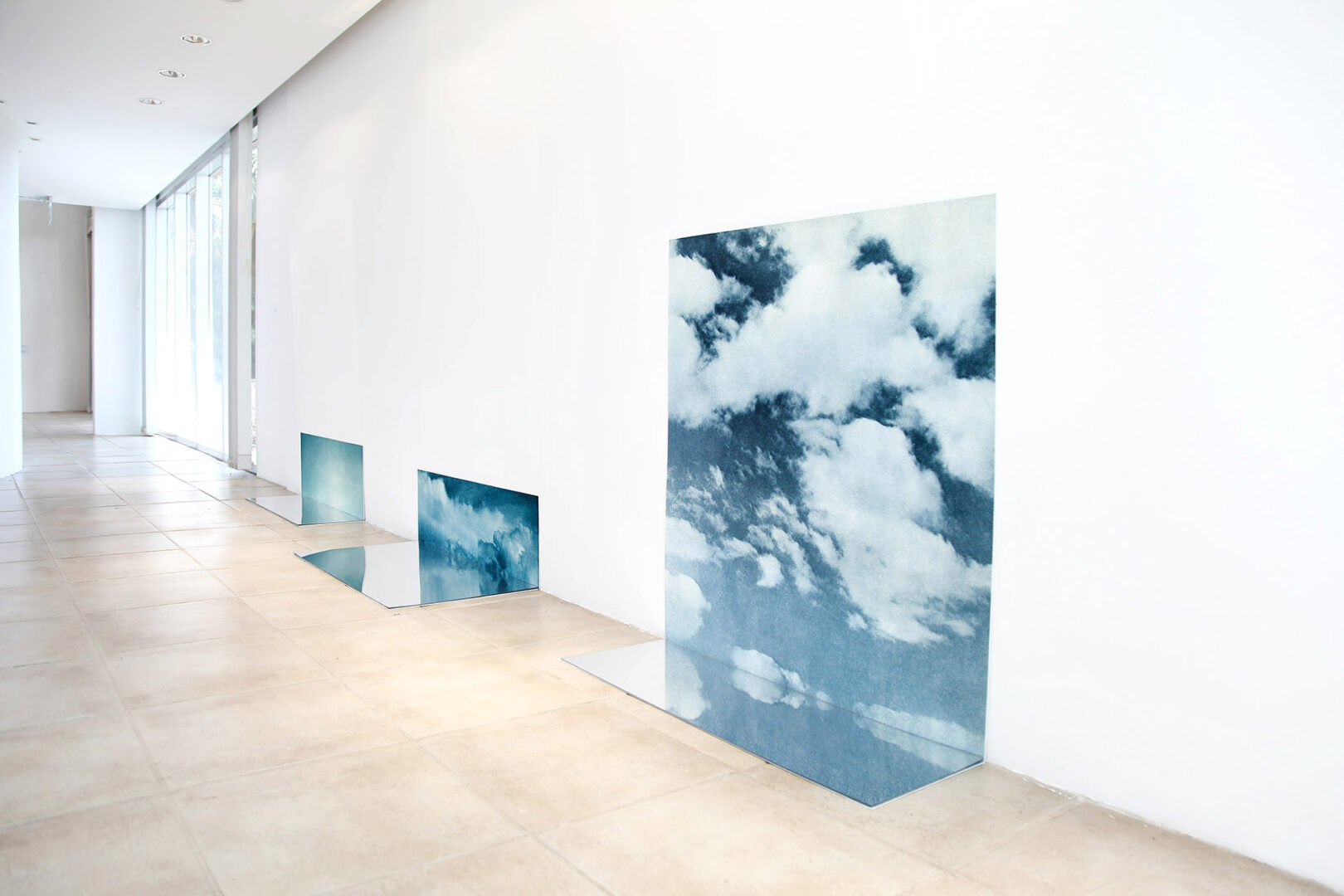 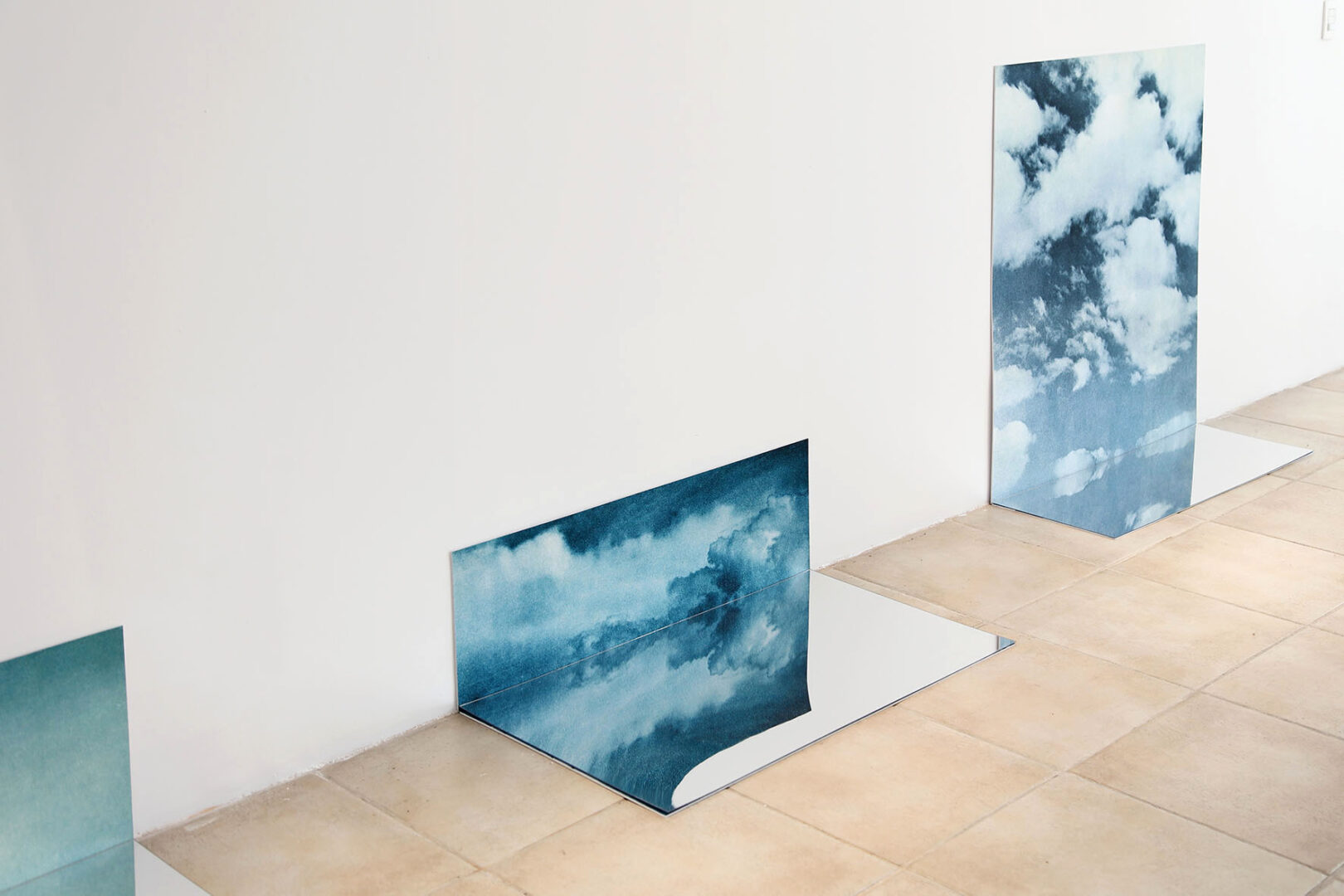 In Fold and Repetition, a portion of the image’s sky lies against the wall, while the rest of the landscape is laid out on the ground. A mirror covers the landscape, rebounding the sky image of the printed photograph.

The cultural construction of the landscape appears here as a central element. The horizon line is geometrized and aligned with the wall’s encounter with the floor; the landscape photographs are covered up in such a way that the place represented is no longer recognizable, leaving only the parts of the images of the sky.

From its beginning to its extreme point, the fold of a line draws a closing operation and indicates the beginning of a repetition. It is the principle of circularity. Here, a cyclical process is made from the relations between nature – construction – culture, within a circle of repetition where what seems natural is already the result of cultural construction.

Thus, the approximations between what is natural and what is artificial are expanded. In this sense, representations of places are of great interest while understood as a cultural construction, which can, in time, be sedimented and look like nature again.

Notes on the Universal History
Far away from here
We use cookies on our website to give you the most relevant experience by remembering your preferences and repeat visits. By clicking “Accept All”, you consent to the use of ALL the cookies. However, you may visit "Cookie Settings" to provide a controlled consent.
Cookie SettingsAccept All
Manage consent